CRIS Blog: Medichec - A tool to make prescribing safer for people with dementia 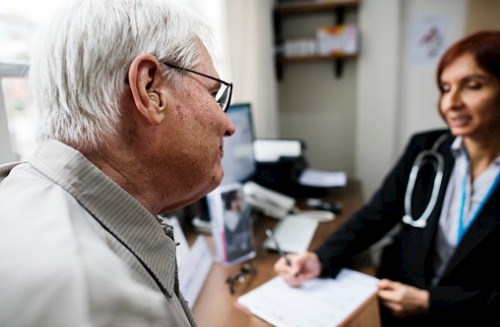 CRIS has been used to support large numbers of research projects over its 10-plus years of operation, focusing particularly on finding better ways to understand differences in people’s outcomes from their mental health conditions.

While this increased understanding is important in itself, we need to make sure that these findings can be used to make real differences in clinical care; this is a key strategic objective for CRIS in the current 5-year funding of the Maudsley’s Biomedical Research Centre. This is helped by the Centre for Translational Informatics (CTI) which brings together clinical, academic and technical experts to accelerate the development of new ways of delivering mental healthcare using ‘big data’.

For the large number of people with dementia who receive care at the South London and Maudsley NHS Foundation Trust (SLaM), CRIS research has particularly focused on the medicines (often numerous) that they may already be taking for other conditions and symptoms, investigating whether these might have adverse effects on outcomes.

For example, over recent years we’ve become increasingly aware that medicines known to have centrally acting anticholinergic properties can have a negative impact on cognitive function. These medicines are used for a broad range of physical conditions including urinary incontinence, pain and depression. Drugs that block the action of the neurotransmitter acetylcholine increase the risk of cognitive decline and dementia, particularly in older people.

In 2017, we launched Medichec as an online tool to help clinicians identify medicines that could cause memory and cognitive problems in older people and to improve the safety and quality of prescribing. Medichec allows clinicians to easily identify which medicines have an effect on cognition, along with the size of the effect for different medicines individually and in combination. This helps to inform the choice of medicines and any changes.

Since its launch, Medichec has been integrated into Older Adult Mental Health assessments at SLaM and is being used across a number of other NHS Trusts. Over the last 12 months, it has been used to check medication almost 13,000 times across the UK and internationally, including the USA, Canada, South America and Europe. We expect the use of Medichec to grow, and that the availability of the Android and Apple apps will widen its usefulness.

The next step for Medichec will be a new version that incorporates other pharmacological drug actions that negatively impact dementia outcomes, as well as ongoing regular updates as new medicines and data come online.

Medichec was developed by Delia Bishara, Justin Sauer and Robert Stewart in collaboration with Mindwave Ventures and with the support of the Mental Health of Older Adults and Dementia Clinical Academic Group at SLaM. Its development was part-funded by the NIHR Maudsley Biomedical Research Centre and CTI.