What can research tell us about engaging adolescent boys into school-based mental health workshops?

As we come to the end of Men’s Health Awareness Month, popularly known as Movember, we turn our attention to the start of the male relationship with mental health and how we can offer support to boys and teenagers.

In this blog Dr June Brown, Reader in Clinical Psychology and Chief Investigator for the BESST trial and Trial Manager Dr Stephen Lisk discuss findings from a focus group study that is trying to understand what might help teenage boys engage more with mental health support and how this is informing the NIHR funded Brief Educational workshops in Secondary Schools Trial (BESST).

There is known – and often accepted - reluctance for males to engage in mental health treatment, with considerable evidence that teenage boys in particular are less likely to seek help than teenage girls. From the outside this can seem as if these young men are not interested in mental health support but perhaps the problem needs to be viewed from another angle in terms of thinking about how we can make help and support for young people more engaging.

To gain insight into what does and doesn’t work in making mental health support more approachable for young men, we developed a study to explore four themes around improving engagement:

We asked a series of questions around these themes as a means to generate discussions in two focus groups; one in London and one in Bath. The twelve young males (aged 16-23) who took part generated valuable discussions and the insight has proved helpful in developing our Brief Educational workshops in Secondary Schools Trial (BESST).

The power of stigma and shame

Having analysed the main points emerging from their discussions, we found that the most commonly cited barrier to help-seeking around mental health was shame and social stigma. This chimes with previous research with adolescent boys that has identified shame - and a need to protect reputation - as a significant barrier to seeking help.

Other research has shown that when adolescent boys and young men are faced with a threat to their masculine identity – which could occur as a result of experiencing mental health difficulties - they have been found to be significantly more likely to experience feelings of shame than adolescent girls or young women.

When asked what would prevent the participants from attending a workshop, the most common response was fear of judgment from their peers and the embarrassment of feeling that they need help. Some participants reported that they would most likely feel “embarrassed about feeling weak”, suggesting self-stigma and shame as a barrier to engagement.

The most commonly cited route to improve engagement was a ‘transparent and collaborative approach’. This means developing a framework together with young men in a way that is clear about its aims and promotes empowerment or autonomy over dependence.

Trust building was also identified as important to engagement. When asked what this would look like, most participants focused on the type of person they would feel comfortable interacting with during the workshop. Respondents suggested they would trust an expert with experience but would also be inclined to contribute more if they were working with an individual closer to their age who they could relate to and would understand their experiences.

Previous research has also shown that trust can be built through providing a greater emphasis on confidentiality which resonated with our findings. Many participants reported fears around non-confidentiality and subsequent victimisation from peers would prevent them from engaging with the workshop.

More specifically, the young males reported they would be concerned that the information they had shared in any group session would be used against them by their peers, and that their attendance would be obvious to other students who are not attending. As such assurances around this were an important factor in building trust with suggestions such as “an agreement amongst participants that things won’t be shared” and being allowed to “choose which students to attend with”.

The use of role models or aspirational figures has been identified as a valuable way to allow males to identify their symptoms without the barriers of self-stigma. A review conducted by Ilyas Sagar-Ouriaghli - an NIHR Maudsley BRC supported PhD student at the time – suggests that role models often help normalise problems. In our focus groups, the young males suggested that hearing from respected experts in the field would potentially have a greater normalising effect than a well-known person or celebrity attempting to convince them to take part in the workshop.

A popular suggestion was that a strong, respected, and familiar figure (such as a respected sports teacher) could help encourage involvement and acceptability. However, it should be noted that respondents emphasised this figure must be seen as believable and genuine with their message.

Destigmatising language and reasons to attend

Throughout our consultations, participants clearly communicated that how the workshop was described and understanding what skills they could gain from attending the workshop would be a significant factor in whether they considered attending. Questions they wanted answered were “what can I get out of it?” and “can it give me skills for the rest of my life”. They suggested that using language that focused on these external factors rather than “what is wrong with me” would be more engaging and less provocative of feelings of shame.

However, a less expected finding was that this kind of motivation to attend could also act as an excuse to their peers which might also help reduce feelings of negative judgment. Reasons such as ‘going for the refreshments’, ‘money vouchers’ or a ‘day off school’ were all proposed as potential ‘excuses’ they could cite to their peers that would them help them attend the workshop without judgement.

Where we are now

Engaging adolescents into mental health services is not easy, but the results of our research and other studies are helping us to learn how to shape our services to be more attractive to young men. Better transparency, a trusting environment, and greater collaboration are some of the most commonly cited factors that are important to consider. But also of interest are the practical suggestions on how to destigmatise mental health support. 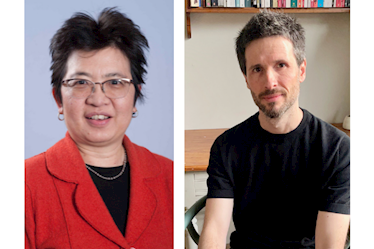 We are now applying the results of this study in the BESST trial that is offering stress workshops to 16–18-year-olds in 60 schools and 900 students. We are trying to be more honest and collaborative in schools, we are emphasising the tangible long-term benefits of addressing mental health earlier in life, and including more male teachers in our engagement efforts. Although it is early days, we believe we are getting more boys to enrol in our study, but we need to have these results confirmed. When we come to assessing and publishing the outcomes of our study in the next couple of years, we are optimistic we will see a much-needed improvement in our ability to engage this hard-to-reach group.