Professor Oliver Howes and a global consortium of researchers, including a group from King’s College London and South London and Maudsley NHS Foundation Trust, this week published a ground-breaking review in the American Journal of Psychiatry providing new guidelines for defining treatment resistance in schizophrenia.  Professor Howes explains why the review is needed and how the guidelines were put together.

Schizophrenia can be a debilitating condition which affects thinking, feeling and behaviour and causes people to have abnormal experiences, including hallucinations.  It is thought to affect about 1 in every 100 people at some point during their lifetime.

Although effective treatments for schizophrenia are available – including psychological therapies and antipsychotic drugs – not everybody responds to these treatments.  People with treatment resistant schizophrenia are the most severely affected by the illness. They have ongoing troubling symptoms affecting their day to day living, are more likely to be in hospital, and more likely to die unless they get adequate treatment. 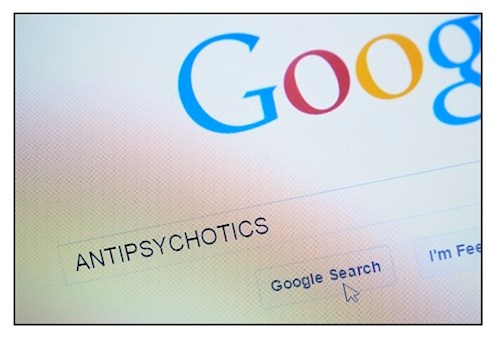 An even bigger issue is that most studies do not check whether people take their treatment as instructed (adherence), so it is not clear if patients were treatment resistant or treatment non-adherent. This is a big problem for clinical practice and clinical guidelines, because it makes it difficult to know what the evidence means for your patient.

In view of this we set out to review the current definitions systematically, and then develop a global consensus on the best way to define treatment resistance and response. The aim of this was to serve as a benchmark for the field. To do this we set up a network of clinicians, researchers and industry experts from more than 20 countries around the world to achieve a consensus on minimum and optimum approaches to defining treatment resistance and response.

By analysing the criteria used in 42 major studies into schizophrenia, we found that only two current studies (5% of the total) used the same definition. There were lots of variations reflecting local preferences and practice and no effort to achieve a global view.

Our analysis was conducted by a large, international group of researchers, and we worked for more than three years to analyse existing studies and produce our new criteria. We met at conference meetings, conducted surveys and reviewed data. I am very grateful to all the participants for freely giving up their spare time to help with this. There were some tricky areas where there were strong contrary views but with discussion it was possible to get agreement that everyone was happy with.

After our huge effort to reach global consensus and formulate the guidelines, they have now been published in The American Journal of Psychiatry.  This is a work in progress and we’re highlighting new areas, such as the time course of developing treatment resistance.  We expect to need to review these guidelines again in a few years, and are looking forward to learning what works and what doesn’t.  Now, we just need clinicians, researchers, and people with schizophrenia to try the guidelines out and give us feedback!