Research blog: How fatty clues in the blood are improving our understanding of Alzheimer’s disease

Petroula Proitsi is a researcher whose work involves scanning the blood for chemicals associated with the development of Alzheimer’s disease and other disorders.  Here, she tells us about her latest research, published in the journal Alzheimer’s & Dementia.

Recent research has repeatedly shown that there is a connection between fats in the blood – lipids – and Alzheimer’s disease.  Blood lipids are fat molecules found in the body’s circulatory system, which can provide a “fingerprint” of an organism’s physiological state.

Researchers are interested in blood lipids because they’re easy to measure, and can be used as biomarkers for health and disease.

In the last five years, several studies have shown that certain types of blood lipids are often decreased in blood of people with Alzheimer’s disease.  Although interesting, these findings have been difficult to interpret, because most of the studies weren’t directly comparable to each other and only looked a small number of people. 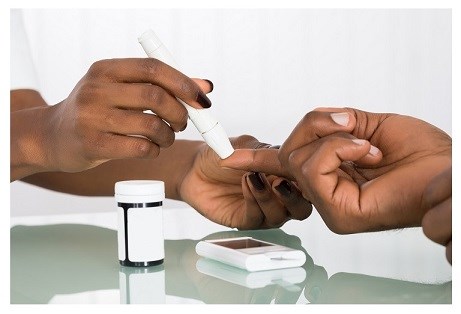 Our new analysis is the largest study of its kind to date.  It’s also the first to investigate the relationship between blood lipids and how the brain’s structure and rate of cognitive decline change in Alzheimer’s disease.

As well as confirming the findings of previous studies, we found new associations between some specific types of blood lipids – called triglyceride fragments and phospholipids – and Alzheimer’s disease.

However, what is interesting is that when we look, for example, at total triglyceride or cholesterol levels, we see no differences between people with Alzheimer’s disease and healthy controls.  This suggests that Alzheimer’s disease must be associated with specific types and fractions of lipids, which will need to be investigated further.

Another question is whether these findings point to a connection between obesity and Alzheimer’s disease.  We didn’t have information on Body Mass Index (BMI) in this study, but previous studies have shown that it is strongly associated with blood lipid levels.   We also know that blood lipids are influenced both by genetics and by environment.

However, although BMI is associated with changes in blood lipids, it doesn't necessarily mean that BMI changes the associations of the lipids that we, and others, see with cognition and Alzheimer’s disease.  This is something we’re actively investigating and hope to understand better in future.

Another question is whether we could use the characteristic blood lipids we’ve identified to accurately diagnose people with Alzheimer’s disease, or even predict which people are at risk of developing it.  We did test this, but we found that the prediction accuracy of these molecules is not high enough – there’s a false positive rate of 27%, which means that over a quarter of healthy people would be wrongly diagnosed using these molecules.

I worked on this research with colleagues from the UK but also from institutes around the world. The senior authors of this work are Dr Cristina Legido-Quigley from King’s College London, Professor Richard Dobson from King’s & the Farr Institute, London, and Professor John Powell from King’s.

Petroula Proitsi is currently a Springboard Population Sciences Fellow at the MRC Unit for Lifelong Health and Ageing at University College, London.  She performed this work while she was an Alzheimer's Society fellow in the Department of Basic and Clinical Neuroscience at the Institute of Psychiatry, Psychology & Neuroscience at King’s College London, collaborating with colleagues from the NIHR Maudsley Biomedical Research Centre (BRC) Nucleus informatics team.