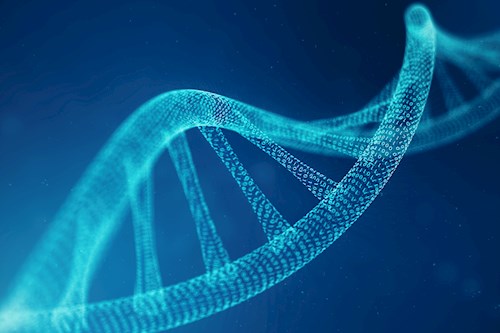 A global study, led by researchers at King’s College London and University of North Carolina at Chapel Hill, suggests that anorexia nervosa is at least partly a metabolic disorder, and not purely psychiatric as previously thought. The research was published in Nature Genetics today.

The large-scale genome-wide association study, undertaken by over 100 academics worldwide, identified eight genetic variants linked to anorexia nervosa. The results suggest that the genetic origins of the disorder are both metabolic and psychiatric.

Anorexia nervosa is a serious and potentially life-threatening illness. Symptoms of anorexia can include a dangerously low body weight, an intense fear of gaining weight, and a distorted body image. Anorexia nervosa affects between 1-2% of women and 0.2-0.4% of men and has the highest mortality rate of any psychiatric illness.

The researchers combined data collected by the Anorexia Nervosa Genetics Initiative and the Eating Disorders Working Group of the Psychiatric Genomics Consortium. The resulting dataset included 16,992 cases of anorexia nervosa and 55,525 controls, from 17 countries across North America, Europe, and Australasia.

The key findings of the study are:

Dr Gerome Breen, from the National Institute for Health Research (NIHR) Maudsley Biomedical Research Centre and the Institute of Psychiatry, Psychology & Neuroscience, at King’s College London, who co-led the study, commented: “Metabolic abnormalities seen in patients with anorexia nervosa are most often attributed to starvation, but our study shows metabolic differences may also contribute to the development of the disorder. Furthermore, our analyses indicate that the metabolic factors may play nearly or just as strong a role as purely psychiatric effects.”

Professor Janet Treasure, also from the Institute of Psychiatry, Psychology & Neuroscience, King’s College London, said: “Over time there has been uncertainty about the framing of anorexia nervosa because of the mixture of physical and psychiatric features. Our results confirm this duality and suggest that integrating metabolic information may help clinicians to develop better ways to treat eating disorders.”

Professor Cynthia Bulik, the other study co-lead from the University of North Carolina, said: “Our findings strongly encourage us to shine the torch on the role of metabolism to help understand why some individuals with anorexia nervosa drop back to dangerously low weights, even after hospital-based refeeding.”

The study concludes that anorexia nervosa may need to be thought of as a hybrid ‘metabo-psychiatric disorder’ and that it will be important to consider both metabolic and psychological risks factors when exploring new avenues for treating this potentially lethal illness.

Andrew Radford, Chief Executive of Beat, the eating disorder charity, said: "This is ground-breaking research that significantly increases our understanding of the genetic origins of this serious illness. We strongly encourage researchers to examine the results of this study and consider how it can contribute to the development of new treatments so we can end the pain and suffering of eating disorders."

Dr Breen and colleagues are launching a major new research study, the Eating Disorders Genetics Initiative (EDGI), in early 2020 to recruit people who have experienced anorexia, bulimia or binge-eating disorder in order to better understand the genetic and environmental links and help develop better treatments. For more information see edgi.org.