Ambient air pollution includes gases such as nitrogen dioxide (NO2) and particulate matter (PM), made up microscopic solid and liquid particles. Polluted air has several sources including industry, bonfires and road transport and, particularly within our congested cities, tyre and brake wear and diesel exhaust fumes.

In this study, researchers analysed data from over 1,600 participants of the South East London Community Health (SELCoH) study, a survey of Southwark and Lambeth adults. Participants were assessed for common mental disorders, psychotic experiences and physical symptoms indicative of mental distress based on clinical interviews and validated questionnaires over a five-year period.  Their study has been published in Social Psychiatry and Psychiatric Epidemiology journal today (24 October 2020).

Mental and physical health data from the survey were linked with quarterly average concentrations of air pollution (20x20 metre grid points) at the residential address of the participants. Southwark and Lambeth are inner-city London areas of high-traffic flows and high averages air pollution concentrations compared to other UK urban areas. These densely populated boroughs also reflect London’s diversity in terms of ethnicity and wealth.

They also estimated a two fold increase in terms of common mental disorder cases directly attributable to residential exposures to PM2.5 above 15.5 micrograms per cubic meter which is below the EU value air quality target value of 25 microgram per cubic meter.

Results also showed increases in PM2.5 and NO2 were associated with 18% to 29% increased odds of poor physical symptoms indicative of mental distress (such as stomach pain, shortness of breath, trouble sleeping) measured using the Patient Health Questionnaire subscale.

Hear from the authors 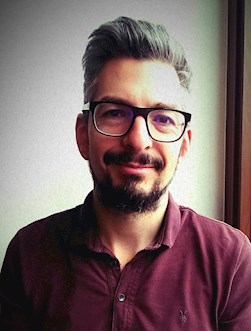 “The findings suggest that people exposed to high levels of air pollution over a long-period of time are more likely to experience poor mental health. Air pollution is not the only factor that may have an impact on the presence of mental disorders, but it is a preventable one.

Although we cannot reverse adverse childhood experiences or the genetic makeup of people, introducing measures to reduce air pollution may represent a potentially impactful and rare primary health measure for the prevention of psychiatric disorders”

The underlying mechanism for this association is largely unknown, however recent studies have linked this association with inflammation and oxidative stress of the body and central nervous system as well as neurogenerative processes that have been observed following air pollution exposures.

Recent evidence has also demonstrated elevated numbers of ‘combustion derived magnetite nanoparticles’ in the brains of people in living in urban area associated with pathological changes in the brain. Inflammation and toxins in the brain appear to be important both in depression and psychosis for both short- and long-term effects of air pollution.

“We are familiar with the evidence linking air pollution to effects on the heart and lungs, but there is now an increasing body of evidence suggest that air pollution isn’t great for the brain either, impacting on the learning of children, mental health and wellbeing and even promoting dementia.

The association between poor air quality and health has been highlighted in many previous studies, and this risk has been ranked as a major environmental cause of premature death by the World Health Organisation (WHO). However, very few studies to date have tried to understand the dynamics of air pollution and their links with poor mental health.

Therefore, new research and innovative designs over long periods of time are needed on the impact of pollution reduction policies on mental health, in order to strengthen the findings of the current and previous studies so that public health researchers and policy makers can understand the societal and economic implications in order to intervene. This is an urgency which is now more apparent during the Covid-19 pandemic era, where the quality of urban areas needs to be protected.