A BRC-funded study has found that referrals to two mental healthcare providers in London for patients requiring urgent help were significantly greater on days with a higher than average number of tweets discussing topics around mental health.

Previous studies have shown that social media use, portrayal of mental illness in the media and public discussions around mental health may be associated with negative mental health outcomes. However, research thus far has primarily focused on high-profile events reported by the news media. Associations with mentions of mental health on social media have remained understudied.

Between January 2010 and December 2014, 48,691 and 32,689 crisis episodes were recorded by SLAM and C&I, respectively. On days with a higher than average number of tweets mentioning depression, schizophrenia or showing support for either illness, the authors observed 5-15% increases in the number of mental health-related crisis episodes referred to SLAM or C&I. 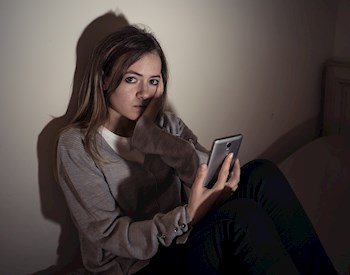 Dr Anna Kolliakou, lead author and Clinical Informatics Interface and Network Lead at Institute of Psychiatry, Psychology & Neuroscience (IoPPN), King’s College London said “We’ve all been aware recently that social media use can have a negative impact on adolescents and older adults and our study took a further step to explore associations between conversations on social media related to mental health and those who may be sensitive to this material such as service users or other individuals experiencing mental health issues.

Given the substantial association we found between an increase in proportions of relevant tweets and an increase in crisis episodes, there may be ground for developing an automatic system to monitor these fluctuations on Twitter. This could be beneficial in alerting healthcare professionals about potentially problematic conversations trending online. That way, advice from services could be informed much earlier than it normally would have resulting in more effective consultations with patients.”

This was made possible both through the previous European funding of the PHEME project and through the ongoing support of NIHR for Clinical Records Interactive Search (CRIS) at the BRC. Importantly we were also able to double-check our findings with the help of colleagues at University College London who have similar mental healthcare information available in north London.

Professor Robert Stewart, Clinical Informatics Lead at the NIHR Maudsley Biomedical Research Centre, said “This study is one of the first to bring together information from social media and information from mental health services to look at the timing of events on Twitter and the timing of crises experienced by people receiving mental healthcare. This is the sort of study that has been made possible because of information on people’s experiences from routine health services that can be used for research in an anonymised and secure format.”

The study used data collected between January 2010 and December 2014 at SLAM) and Camden and Islington NHS Foundation Trust (C&I).

The authors suggest that further research is needed to determine the potential factors underlying these associations and whether social media platforms can be monitored by healthcare services to identify vulnerable groups and predict times of higher risk.