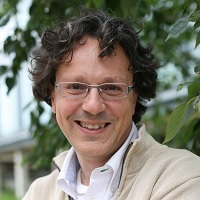 I am Professor of Biological Psychiatry at the Institute of Psychiatry Psychology and Neuroscience (IoPPN), and Consultant Perinatal Psychiatrist in the associated South London and Maudsley NHS Trust (SLaM).

I have received several awards for my research: for example, from the National Alliance for Research in Schizophrenia and Depression (NARSAD), the American Psychiatric Institute for Research and Education (APIRE), and the British Association for Psychopharmacology. I was awarded the 2012 “Academic Psychiatrist of the Year” Award from the Royal College of Psychiatrists, and the 2015 Anna-Monika Prize for Research on Depression.

2013 Fellow of the Royal College of Psychiatrists (FRCPsych)

I investigate the role of stress in the pathogenesis of mental disorders and in the response to psychotropic drugs, both in clinical samples and experimental settings. My work focuses on depression and fatigue, with a particular interest in the perinatal period and in subjects with medical disorders. I also use experimental and cellular models.  My dream is that new therapeutic tools targeting the stress system will soon be available to alleviate the suffering of patients with mental health problems. 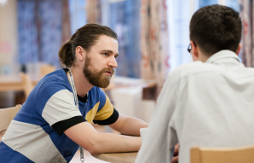 Affective Disorders and Interface with Medicine

We aim to attract outstanding candidates with a range of experience and offer a variety of training schemes and secondment opportunities, spanning all academic career pathways.
READ MORE